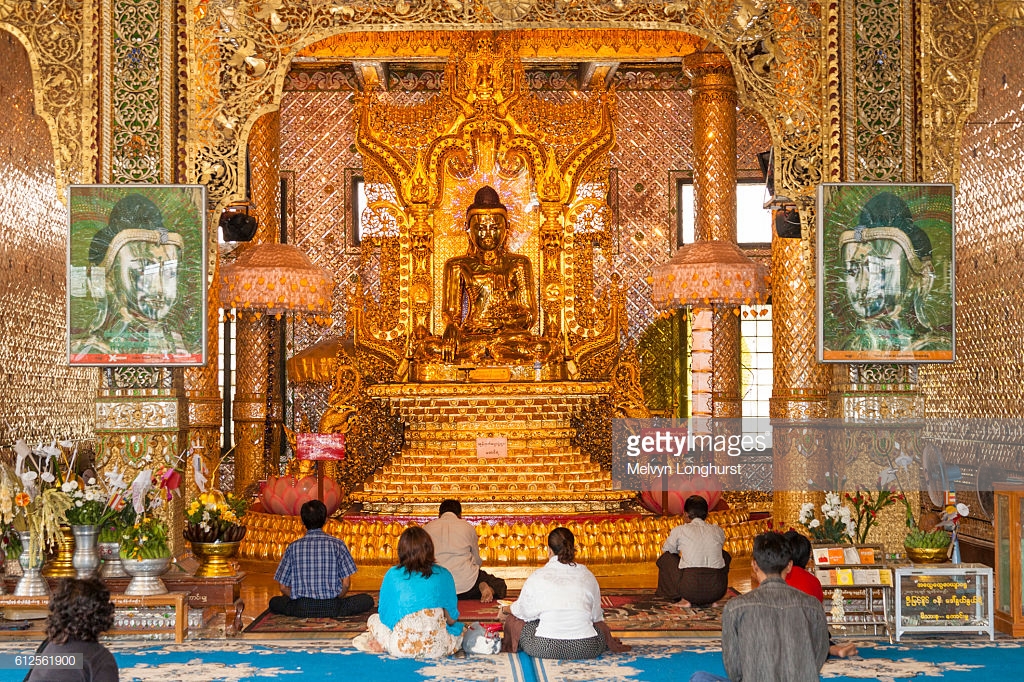 The Botataung Pagoda on the banks of the river in downtown Yangon is one of the city’s most highly revered temples. The 40 meter high golden pagoda enshrines a sacred hair relic of the Buddha.

The Botataung Pagoda, also spelled Botahtaung Pagoda was built some 2,500 years ago by the Mon people. In the second World War the pagoda was destroyed during an airforce bombing mission aimed at the nearby docks. Rebuilding started in 1948 following the original design.

In the center of the tiled platform stands the main stupa surrounded by a number of smaller stupas. The main stupa is the unique feature of the Botataung monastery; it enshrines the sacred Buddha relic and it is hollow and open to the public.

Seated on a high pedestal in a very ornate pavilion is the Royal Palace Bronze Buddha image. The image that was cast in 1859 by order of King Mindon was taken to Britain during the colonial years and returned to Burma a few years after gaining independence.

The lovingly maintained interior of this 1896 building contains a bimah(platform holding the reading table for the Torah) in the centre of the main sanctuary and a women’s balcony upstairs. The wooden ceiling features the original blue-and-white Star of David motif. It’s best to contact Sammy Samuels at info@myanmarshalom.com to be sure of gaining access to the synagogue.

The synagogue was once the focal point of an influential community of Sephardic Jews from India and Baghdad that at its height in the early 20th century numbered 2500.

Very occasionally (usually on Jewish high holidays) services are held in the synagogue, which has one of the Yangon Heritage Trust’s blue plaques.

Kheng Hock Keong is the oldest Chinese Buddhist and Taoist temple in Yangon, situated in chinatown. It was founded in 1861 by the Hokkien community and dedicated to Mazu, the Sea goddess. Kheng Hock Keong means “Temple in celebration of prosperity/fortune” and the name was chosen in gratitude to Mazu for her blessings during their sea voyages and for their prosperity and fortune in Burma.

Bogyoke Aung San lived in peace and harmony with his family. His wife was Daw Khin Kyi and he had three children.

The building is a 2 storey-building where Bogyoke Aung San stayed until he was assassinated. displayed as he was alive for memorial. furniture. dresses. books. the car used by Bogyoke Aung San. and his family photos. 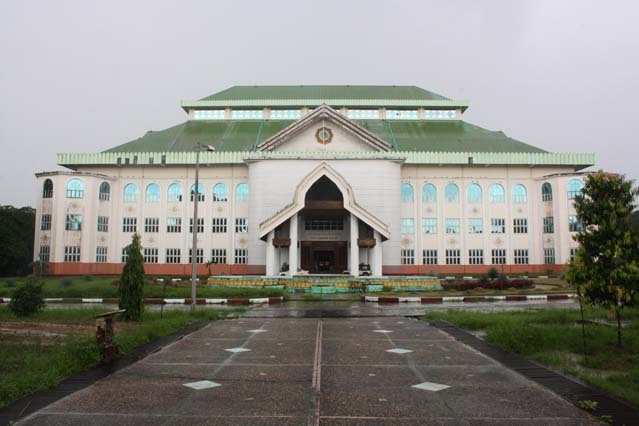 This gigantic time capsule of junta-era propaganda is a mind-bending experience. It vilifies the effects of class A drugs on Myanmar’s society while glorifying the role of the Tatmadaw (military) in supposedly stamping out their production and trade. Cue dioramas of the opium wars, a life-size poppy field, and ghastly depictions of addiction set against the triumphant efforts of the Tatmadaw. 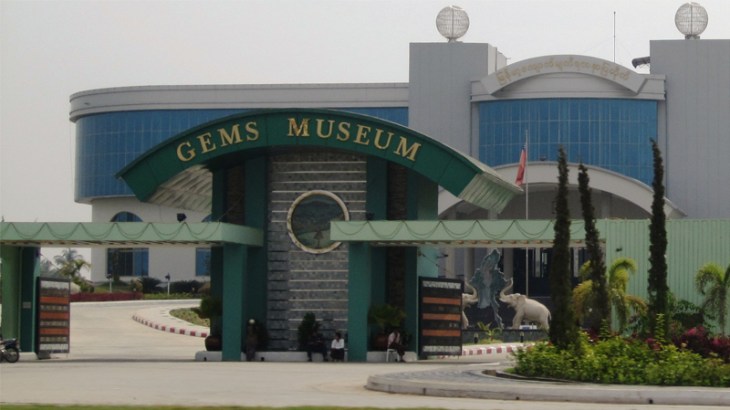 Images of sandstone and cast bronze. original clay votive tablets and many evidence of Bagan Period culture. and also the items of Pinya. Innwa. Taungoo and Nyaung Yan Period can be viewed in the Myanmar Historic Period Showroom.

The visitors can study the articles such as made of pure solid gold and decorated with gems which were displayed in front of the throne to the left and right in customary order when the Kings of Myanmar gave audience to receive homage. in the Royal Regalia Showroom.

Myanmar Traditional Folk Art Showroom and Myanmar Performing Arts Showroom were in the second floor. Myanmar Art Gallery No.1 and No.2 were on the third floor where the copies of the drawings upon the walls of the 11.000-year-old Pyadalin cave. copies of the wall paintings from the thousand- year-old vault-based temples and stupas of the Bagan Period. reproductions of paintings of successive periods are exhibited.

Original works in oil and water colour of Myanmar great Artists can be viewed also. Buddha Images Showroom and Culture of National Races Showroom were on the 4th floor— 176 ancient Buddha Images of Pyu. Pinya. Innwa. Toungoo. Nyaung Yang and Konbaung in Hall ‘A’. and Totem emblems and symbols of the clan-or lineage of the national races who live in cordial unity in the Union of Myanmar. musical instruments. art and craft articles. and weaponry are displayed. 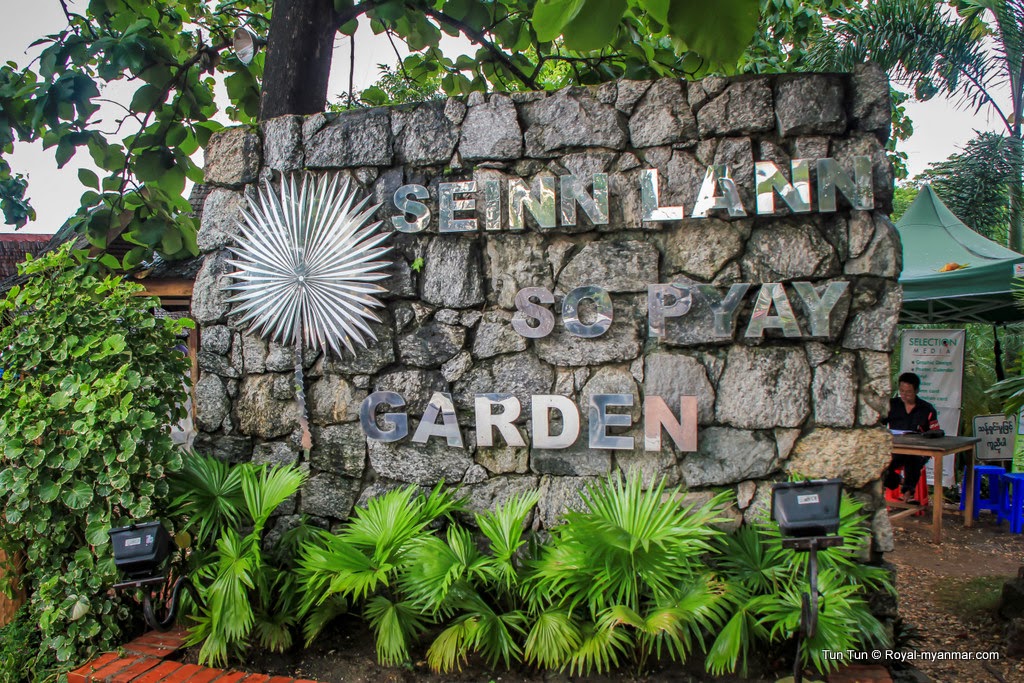 A place for leisure, the Seinn Lann So Pyay Garden is a famous garden and restaurant. The entrance has a rock structure that carries its name and is festooned in green. There is also small building used for special events such as painting exhibitions. Quite, calm and serene this garden restaurant has wide patches of green fields and wooden benches in the corners.

There is an admission fee of 300 Kyat that a foreigner needs to pay to enter the garden. Visitors can sit beside the Inya Lake and can listen to the sounds of the fishes eating the insects on the water surface. As the sun shines bright, one can also see different small fishes swimming. Other than the garden, there is a cafe which is a bit on the expensive side and a small plant shop that sells different kinds of cactus trees and other small plants. 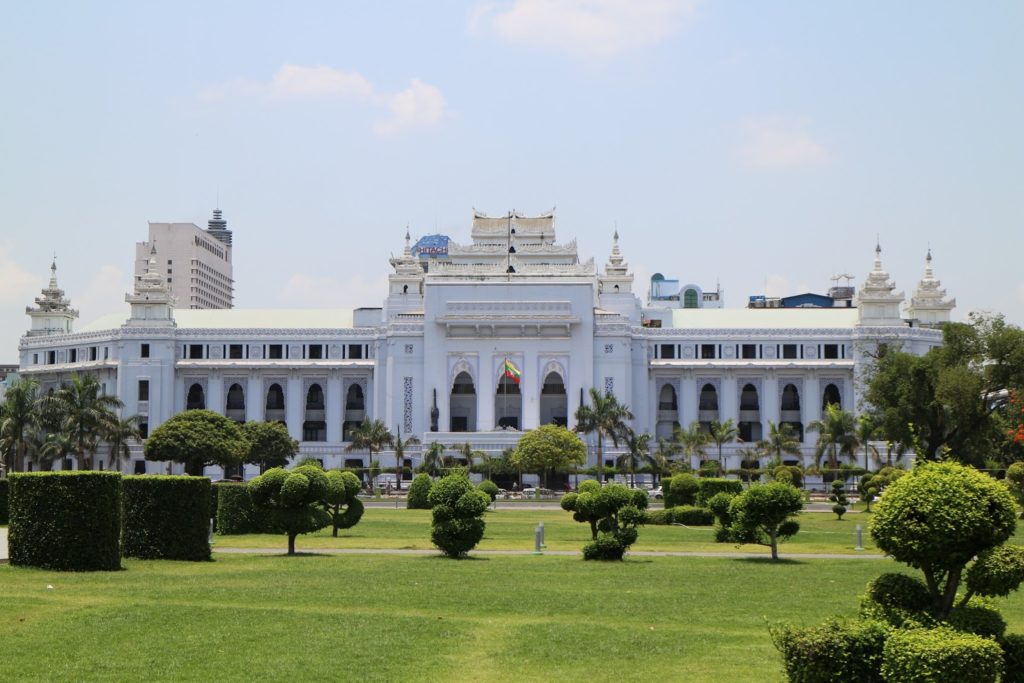 This park offers pleasant strolling in the heart of the downtown area and views of surrounding heritage buildings, including City Hall, the High Court and the old Rowe & Co department store, now a bank.

When laid out by the British in 1868, the park was called Fytche Sq after Sir Albert Fytche, chief commissioner at the time. Later it was renamed Victoria Park to commemorate the queen whose statue used to stand where the Independence Monument is today.

After independence, the park was renamed to honour General Thado Mahabandoola, a Burmese hero who conquered Assam and died in action in the First Anglo-Burmese War in 1824.

For a year or two following the 1988–90 pro-democracy uprisings, the park was occupied by soldiers; many of the more violent events of the time took place nearby. 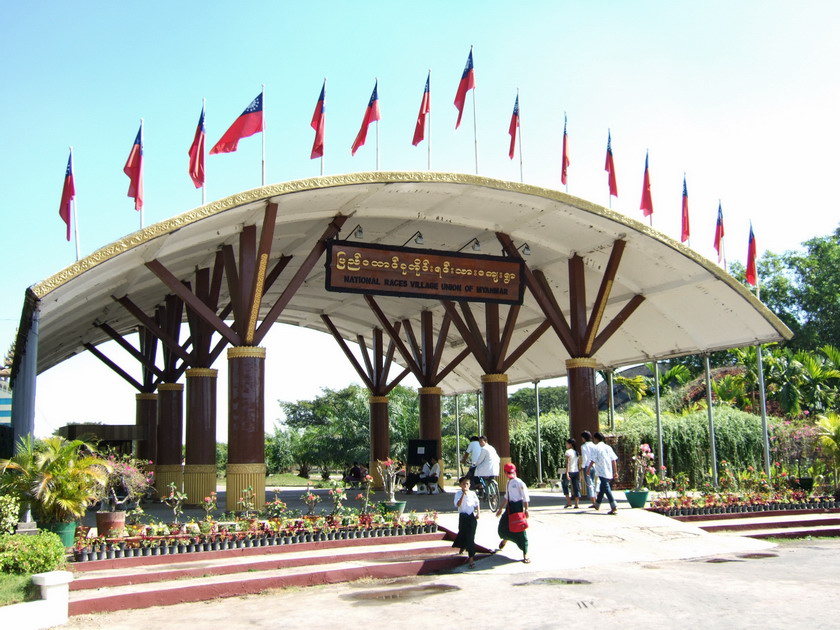 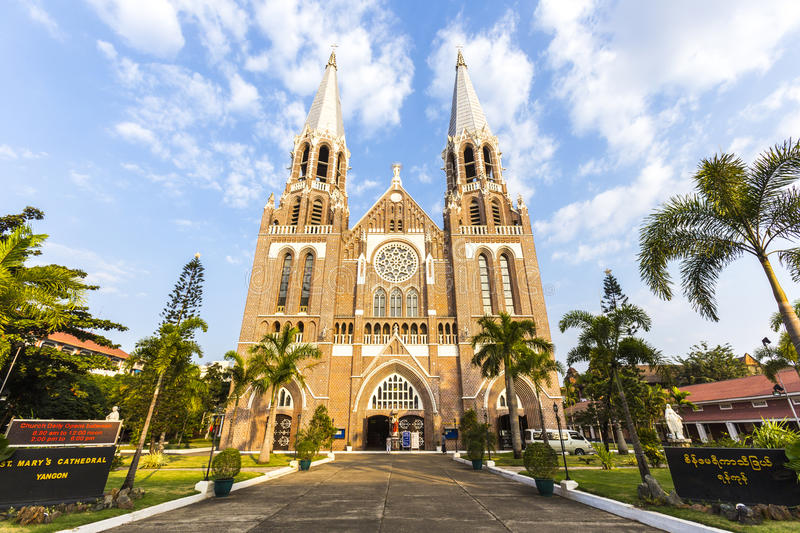 Myanmar’s largest Catholic cathedral is an impressive red-brick building dating to 1909. The neo-Gothic design is mainly down to Dutch architect Jos Cuypers, who modified a more Byzantine structure created by Henry Hoyne-Fox.

The floridly decorated interior with its red-, white- and green-brick patterns and painted statues is quite an eye-opener. Taukkyan War Cemetery is in Taukkyan town in the township of Mingaladon, Yangon greater area, on the main highway No 1 Pyay Road. From the centre of the city of Yangon, it is 21 miles north and 11 miles from the international airport, 45 minutes drive from the centre of Rankgoon and 24 minutes from the International airport. Exact location of the cemetery is North (17º02’08.24″) and East (96º07’55.28″).
Author: admin
Filed Under: Attraction Places, Uncategorized
Attractive Transportation of Yangon
Nearest Places to Visit From Yangon