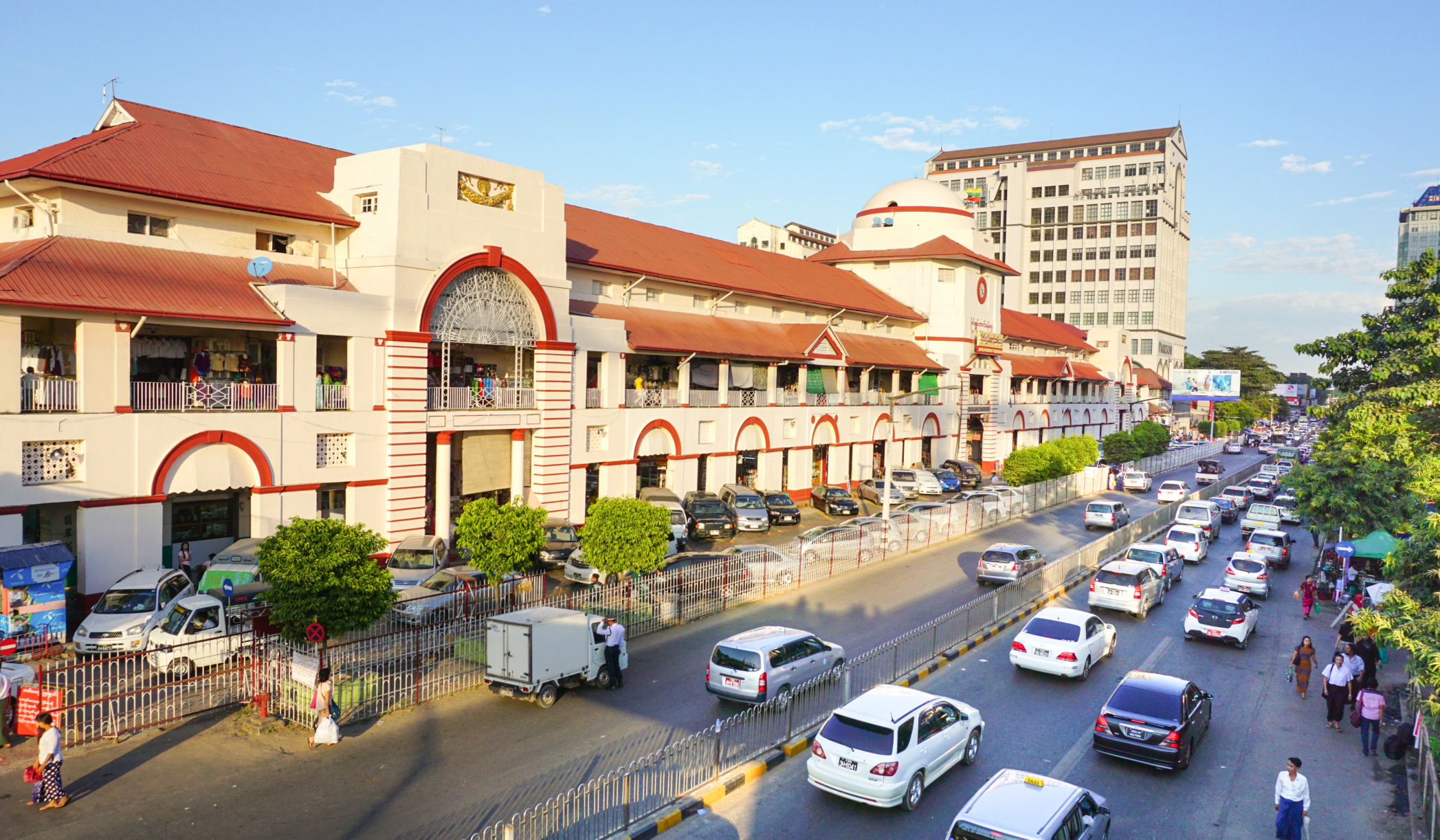 The market was first built and inaugurated on the present premises in 1926. It was named Scott Market after Mr. C. Scott. the then Municipal Commissioner. Nowadays. it is called Bogyoke Aung San Market in honour of our national leader General Aung San who was assassinated in 1947.

STRUCTURE
There are 1.641 shops selling luxury items. handicrafts. foodstuffs. clothing. jewelry. fashion and consumer goods. The market is a square type based and therefore divided into the East wing. West wing. North wing and South wing. The shopping items are not categorized in the respective wings. Looking around and finding the most suitable item would be fun. There are also traditional. Myanmar and Chinese food stalls in the market.

Event Bogyoke Aung San Market is also well-known for the pre-Thingyan festival also called the Zay Thingyan meaning the Market’s water festival. It is usually held on the 11th or 12th of April. Youngsters from all over the city come to the market dressed for the festival. The shops donates traditional food such as Monte Lone Yay Paw. Thargu. and Shwe Yin Aye.