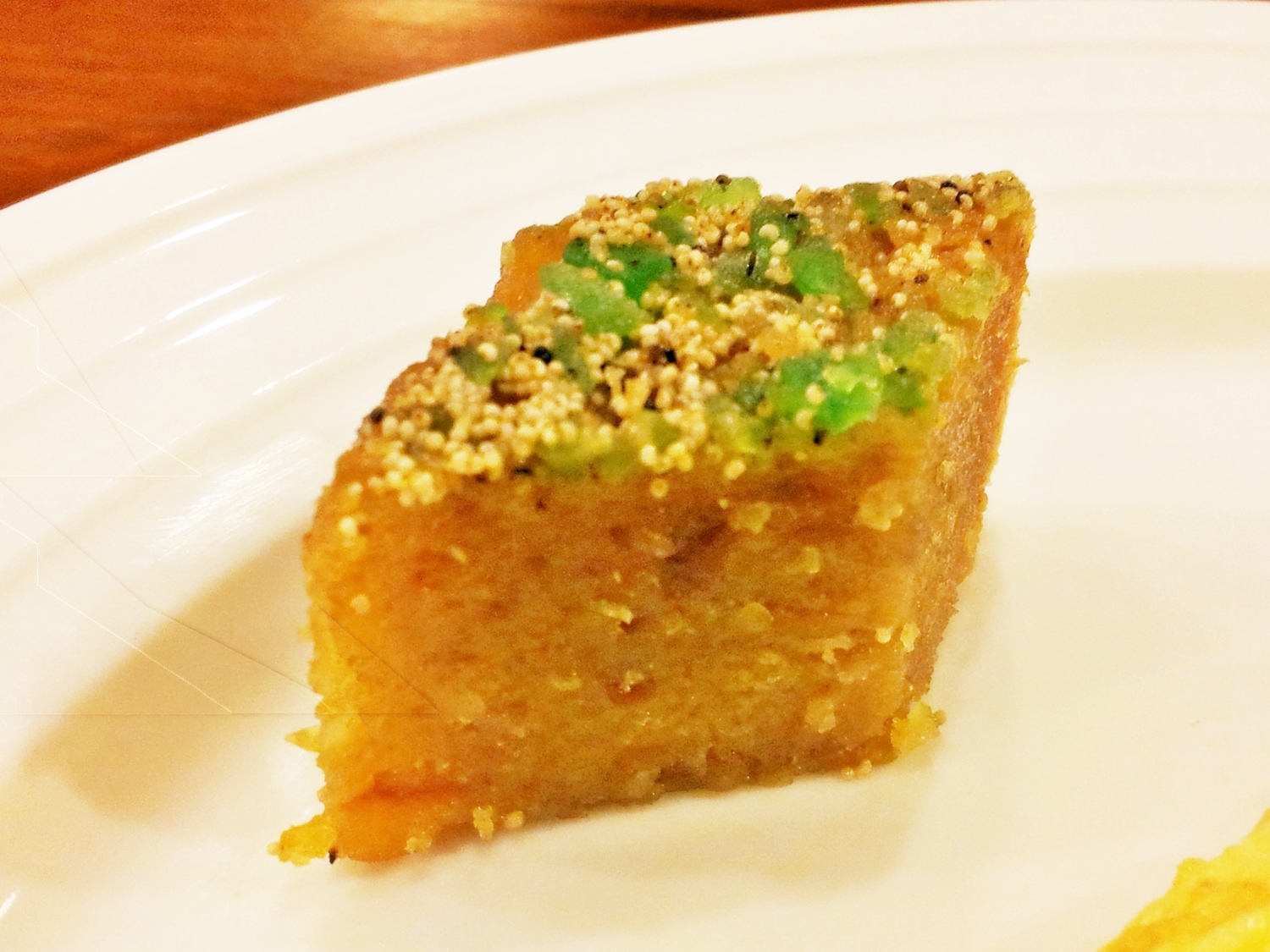 Koh Pièh is an eat made from glutinous rice sprinkled with sesame seeds and served with grated coconut and pepper topping. You will be knocked down immediately smelling the combination of fragrant rice, aromatic sesame, distinctive coconut flavor and pungent pepper.

Koh Pu baked on charcoal also made from rice. The most intriguing of this dish is the syrup made from palm sugar. The syrup is boiled until it turns into caramel color, which is tastier, stronger than white sugar and therefore hailed as the Burmese chocolate.

This dish is made from glutinous rice, freshly sliced coconut and almonds. All of them are fried till the eye-catching bright color appears. This is a fairly large bakery on the streets of Yangon and mostly sold in the afternoon.

Dosa is a crepe cake originating from India. Dosa thin cake is made from rice flour and lentils left fermented overnight. The cake is and sprinkled with grated coconut.

This flatbread is made from ingredients such as butter, sugar, milk, eggs, and flour. This dish is native to India.

This dish is usually found on the occasion of the Thingyan Festival, which is also the most popular traditional dessert in Yangon. The cake is made from glutinous rice flour wrapped in palm sugar mixed with grated coconut.

Simply interpretation is “light couple’s snack,” the Mont Lin Ma Yar babycakes will ease your hunger in the morning to some extent. This viand is made from crispy fried rice in a large saucepan, topped with a layer of quail eggs, onions or a few roasted chicken peas.

Myanmar’s cuisine is famous for its unique dishes, such as tea leaves salad. The leaves are fermented with other vegetables such as cabbage, tomatoes, bean sprouts, a little chili, and spices to create unique dishes. Tea leaves are often served as appetizers at the banquets or served with white rice at Burmese meals.

Jaggery is a simple sweet of concentrated palm sugar, served by the older generation of Myanmar people to visiting guests in their homes. Jaggery is also served in traditional restaurants in Yangon as a dessert at the end of a meal. As Myanmar modernises, Jaggery is gradually ‘going out-of-style’, and is less commonly served by newer restaurants.

Nget Pyaw Thii Shwe Gye is a Burmese Banana Cake, typically found sold in the streets in large round pans. It’s made with mashed red bananas, sugar, all purpose flour, butter, coconut milk, shredded coconut, salt and poppy seeds. Small pieces of chopped red bananas are added to the mix which is then steamed or baked. Nget Pyaw Thii Shwe Gye has a unique reddish hue which is a natural result of the cooking process.

A typical bar snack in Yangon, a dish of Salted Fried Peanuts makes you want to drink more beer.

Shwe Kyi is a Burmese dessert cake / pastry, made with semolina, sugar, butter, water, eggs, shredded coconut, poppy seeds and salt. Shwe Kyi is sometimes also called Sanwin Makin, depending on whether additional ingredients like walnuts or raisins are added. Shwe Kyi is typically sold in the streets in large round pans.

A coconut cream sherbet after dinner? Many people in Myanmar will never turn it down! And neither would I!

For many people, Burmese food does not initially rank up there with the more famous cuisines of neighbouring Thailand or India. However, when you get to travel the country for a while, you cannot help but learn a little about the food the locals eat. I enjoyed a breakfast dish named Mohinga, and tried a few local curries in Yangon, but my favourite Burmese food of all was a delectable dessert called Shwe Yin Aye.

Shwe Yin Aye is a coconut cream-based dessert that can also be served as a snack during the day. I found that it usually comes with some white bread to soak up the coconut cream. Locals in Bagan and Yangon can be seen eating this roadside without a care in the world, and what better way to immerse yourself in the local community than to taste the local food?! Make your own Shwe Yin Aye at home with this simple recipe!